What a strange book. The book's description refers to the existential questions of a fish living in a bowl and, boy, they weren't kidding about that. So I was prepared for the "Who am I? What am I doing here?" questions the fish asks. What I was not prepared for was the sudden plot twist when the fish becomes some sort of psychic medium divining the futures of all who touch the water in his bowl.I did not see that coming. 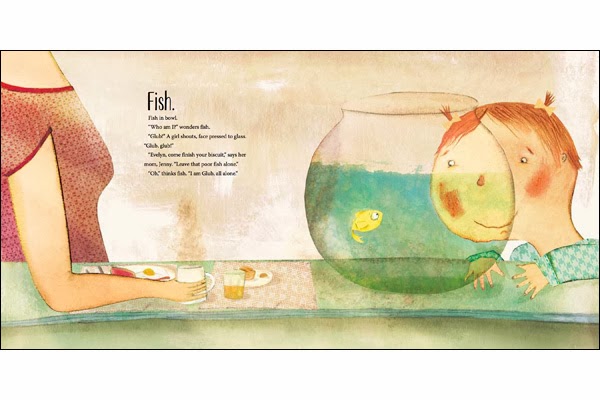 Magda's Take:Why are people putting their hands in his bowl? That can be very stressful for a fish. What is going on in this book? 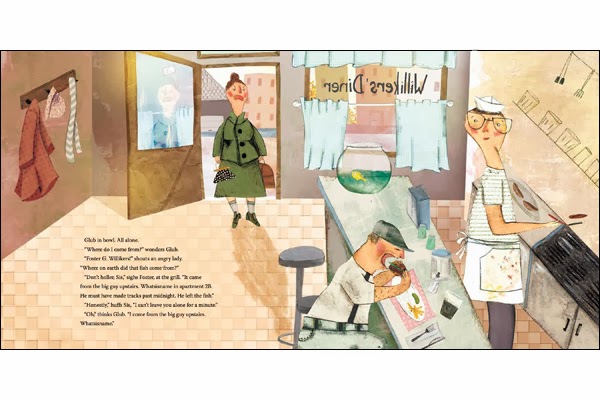 My Take:I don't know. I don't know what is going on in this book. It's...quite strange. 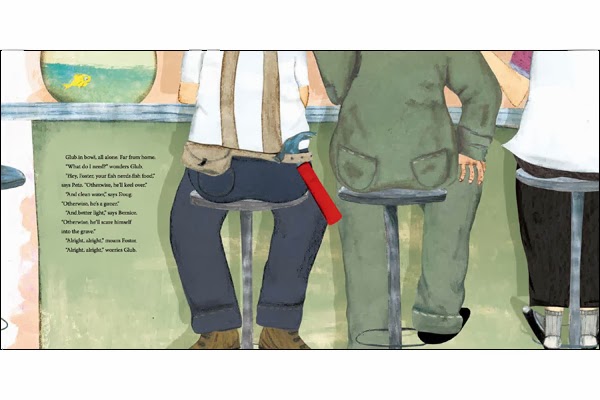 Stuff Every College Student Should Know, by Blair Thornburgh 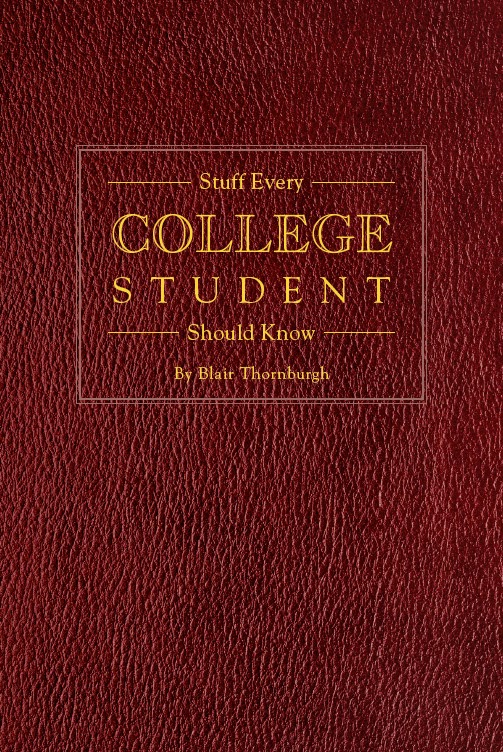 Fantastic! I thought it'd be silly or at least, well, quirky (considering it's published by Quirk Books, who you probably know from their Worst Case Scenario guides and amalgams of classic literature with zombies, sea creatures, and the like) but this was full of solid advice like:

--How to do laundry;
--How to cook in a microwave (I'm totally stealing that personal sized chocolate chip cookie recipe);
--How to ask your parents for money (do it in person and corner one parent rather than both);
--How to email a professor (no emoticons!).

I also like the small size. It's perfect for sending in a care package! (And graduation present season is just around the corner...)

Also, it's fun that their legal disclaimer (just copyright information basically) is called, "Stuff Every Lawyer Should Know."

Source: publisher (thanks Eric from Quirk!)

Read more »
Posted by Beatnik Mary at 9:22 AM No comments: Links to this post

This post originally appeared on my other blog, Cozy Little Book Journal.

Today was Shakespeare's birthday and Magda decided to celebrate--because she knows I like Shakespeare (sort of) and she considers herself an expert on birthdays, having had four of them already--by making him a nice card. It started out well, with her disappearing to her art table with all of her crayons and a large piece of paper.

Then she asked me for an envelope and stamps. Wait a minute.

I was like, "Honey, where is it you think you're sending it?" And she was like, "To Shakespeare. It's his birthday, Mommy." (Duh.)

Me--Okay, but you know he's dead, right? He was born 450 years ago and he died 398 years ago. Remember we learned that he died on his own birthday? So he's definitely dead.

Magda--I know that, Mommy. He died on his birthday. But on his actual birthday, like when he was born, he wasn't dead yet. He was only a baby. I'm sending the card to Baby Shakespeare.

I admit I didn't have an answer for that. I felt kind of like Allie Brosh when she found a letter she had written as a child to her future self, asking her future self to please write back.

In the end I told Magda we'd comprise and send it "to the internet" instead. Here's what she made:

Then again, he did die on his birthday, so it's not like this is the worst thing that ever happened to him at a birthday party.


Posted by Beatnik Mary at 11:14 PM No comments: Links to this post